How long does it take ?
Thailand is situated in the heart of the Southeast Asian. About 6 hours from Tokyo, Japan.
Some people might think it's short but very long time for me. That's because I have not been to so many countries (and it's an economy class... ?? :-D ).

- New York To Bangkok: 17 hours
- London To Bangkok: 12 hours
- Paris To Bangkok: 12 hours
- Rome To Bangkok: 10.5 hours
- There are a lot of countries next to Thailand; Myanmar(Burma), Laos, Cambodia and Malaysia.
As the same to Japan, Thailand has mountains and oceans.
-  Population
Approximately 62 million.
(The capital city, Bangkok, has around 6 million.)
- Typography
Thailand is mainly divided into five regions: the North, the Northeast, the Central, the East, and the South.
The country comprises 75 provinces and the special province, Bangkok. They have various kinds of festival. The two major festivals here.

People are with a lot of affectinate smiles

This is why Thailand is called "The Land of Smile".
·  Race:   about 85% Thai
Others are Mon, Akha and various races.
·  The Land of Smile
In Asia, I have been only to Hong Kong except for Thailand, and my impression was that people in Hong Kong didn't smile. (I often felt they were angry ...)
But, my impression about Thailand is that it is a fantastic country with a lot of smiles of the people. That's why the country is called "The Land of Smile".
· Becoming a monk
In Thailand, people are devout Buddhists, and men become a monk at least once in their life.
(Looks like this depends on their circumstances, though.)

The term of being a monk is one week to about 3 months. This is for themselves and also means a great merit against their parents. Especially, moms can not be a monk and therefore, this also means sons become a monk instead of their moms. It is also believed that if sons become a monk, their parents can go to a heaven.
· Military service
They have a military service for two years.
When males reach to the birthday at the age of 20, they gather at each place and draw lots (!) if you have to be a soldier or not. (Unbelievable way to decide) Looks like those who loose shout "Chaiyo" (Wow, I'm lucky !) in great delight. Those who win are divided into each section at that moment; the army, the navy or the air force, and have to have strict practices.

I heard that this is not for all men but can be exempted if you have a class about military service in a certain period.

Mainland Thai culture is heavily influenced by Buddhism. However, unlike the Buddhist countries of East Asia, Thailand's Buddhists follow the Therevada school, which is arguably closer to its Indian roots and places a heavier emphasis on monasticism. Thai temples known as wats, resplendent with gold and easily identifiable with their ornate, multicoloured, pointy roofs are ubiquitous and becoming an orange-robed monk for a short period, typically the three-month rainy season, is a common rite of passage for young Thai boys and men.

One pre-Buddhist tradition that still survives is the spirit house ($24;$34;$21;$14;$19;$32;$16;$41;$17;$36; saan phraphuum), usually found at the corner of any house or business, which houses spirits so they don't enter the house and cause trouble. The grander the building, the larger the spirit house, and buildings placed in particularly unlucky spots may have very large ones. Perhaps the most famous spirit house in Thailand is the Erawan Shrine inBangkok, which protects the Erawan Hotel (now the Grand Hyatt Erawan) - built in 1956 on a former execution ground - and is now one of the busiest and most popular shrines in the city.

In addition to the mainland Thai culture, there are many other cultures in Thailand including those of the "hill tribes" in the northern mountainous regions of Thailand (e.g., Hmong, Karen, Lisu, Lahu, Akha), the southern Muslims, and indigenous island peoples of the Andaman Sea.

It’s a criminal offence to make critical or defamatory comments about the King or other members of the Royal family in Thailand. This is known as Lèse Majesté and is punishable by a prison sentence of 3 to 15 years, or longer. Foreign nationals have been convicted of Lèse Majesté.

It is illegal to import more than 200 cigarettes per person into Thailand and this is enforced at customs at the airport on arrival; those who exceed the limit may be fined ten times the value of the items and face confiscation of the cigarettes.

By law, you must carry your passport with you at all times in Thailand. Tourists have been arrested because they were unable to produce their passport on request. Make sure you complete the next of kin details section in the back of your passport.

As you might know, basically hot. :-)
· Climate:   Tropical monsoonal climate

- Dry season (November to February)
A lot of comfortable and fine days in this season.
But the area close to Gulf of Thailand in the south is exceptional. Around November to December, the amount of rain in this area is highest. If you want to visit there, February to April might be the best season.

- Hot season (March to May)
Even at night, the temperature doesn't go down, and it's hot from early morning.
In the latter half of this season, sudden showers in everyday. 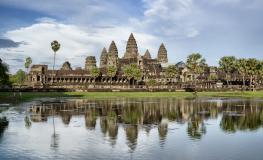 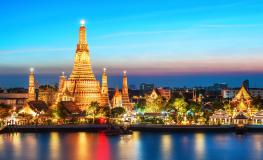 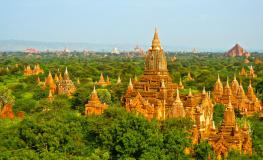